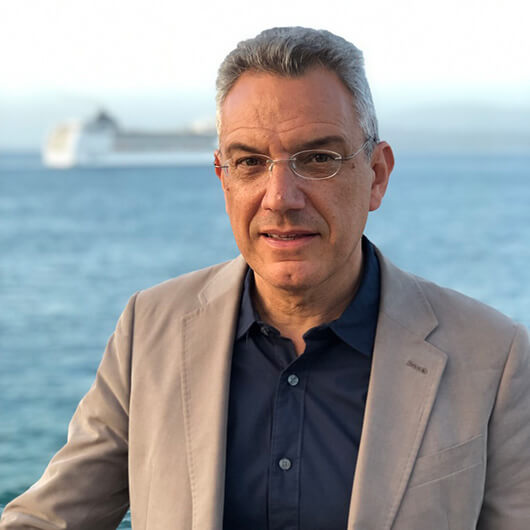 Born in Paris, France, on 17 March 1965, to a French mother and a father of Greek origin, Christian Papas studied Marine biology at the University of Montpelier and then studied French as a Foreign language (FLE) at the University of Grenoble (Licence and Master). He also obtained a Master degree in Translation and a Doctorat degree in the Didactics of technical translation at the Ionian University, Greece.

He has been living in Corfu since 1991 and he has been teaching at the Department of Foreign Languages, Translation and Interpreting of the Ionian University ever since. Moreover, since 2005 he has been teaching at a Master course in the Didactics of French as a foreign language, at the Hellenic Open University. He has about a hundred of publications in various areas of specialty as well as numerous presentations in international conferences. His recent publication is entitled "Considerations on the evaluation as part of the technical translation course at the University - The case of the translation from Greek (L1) to French (L2)" in April 2013.