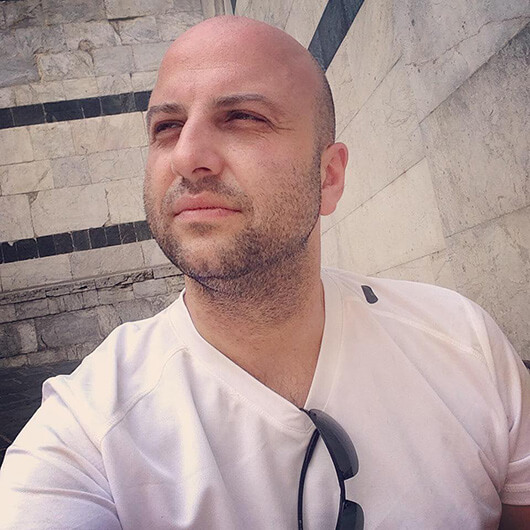 Paschalis Nikolaou is Assistant Professor in Literary Translation (English-Greek). He studied English Literature and Linguistics at the University of Hertfordshire before completing an M.A. and a Ph.D. at the University of East Anglia under an Onassis Foundation scholarship. His monograph, The Return of Pytheas: Scenes from British and Greek Poetry in Dialogue was published through Shearsman Books in 2017. Articles on aspects of translation studies and especially focusing on the relationship between literary translation and creative writing have appeared in several edited volumes. His reviews, translations and poems have been published in, among others, The London Magazine, MPT and The Hopkins Review. In Greece, his work has been published in literary magazines such as Nea Estia, Porfyras, Poiitiki and Nea Eythini, where he is also a consulting editor. Since 2011, he is reviews editor of the translation journal mTm.

Paschalis Nikolaou has co-edited Translating Selves: Experience and Identity Between Languages and Literatures (2008), the Selected Poems 1974-2010 of Nasos Vayenas (2010; shortlisted for the Criticos Prize), and he is also the editor and co-translator of 12 Greek Poems After Cavafy (Shearsman Books, 2015). In 2019 he guest-edited issue 12 of Synthesis: An Anglophone Journal of Comparative Literature and early 2020 saw the publication of an edited volume, Encounters in Greek and Irish Literature: Creativity, Translations and Critical Perspectives, following a literary festival at the Ionian University which brought together prose writers from the two nations, in the autumn of 2017. In the Spring of 2021, Dr Nikolaou held a Fulbright Fellowship at the Department of Classics of The Ohio State University.