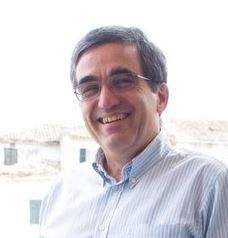 He has been teaching since 1988 at the Department of Foreign Languages, Translation and Interpreting of the Ionian University.

His expertise lies in the areas of Economic, Legal and Political translation (FR-EL), as well as Translation Didactics. From 2008 to 2010 was Head of the same Department and since 2012 he is elected member of the University Council. From 2000 to 2003 and from 2006 until nowadays he is the Director of the Laboratory for Legal, Economic, Political and Technical Translation of the Ionian University. From 2003 to 2010, he was the Director of the joint master in "Sciences de la Traduction – Traductologie et Sciences cognitives" (collaboration between the Ionian University and the University of Caen Basse-Normandie, France).

In 2021 he was elected Student Ombudsman of the Ionian University.

For his contribution to the advancement of the academic cooperation between Greece and France he was awarded in 2004 the Academic Palms (Knight) by the Prime Minister of France, promoted at the grade of Officer in 2014. He has published widely on specialized translation and he has guest-edited an issue of META (University of Montreal) on cognitive translation.