Director of the ‘Laboratory for the Translation of Greek Literature’ (2020- ) 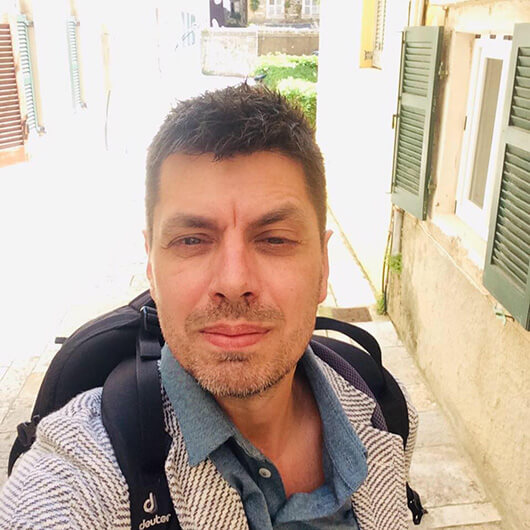 Vassilis Letsios (Lefkada, 1971) is a Tenured Assistant Professor at the Department of Foreign Languages, Translation and Interpreting of the Ionian University on Modern Greek Literature and Literary Translation into Greek. He holds an MA in Modern Greek Studies (1997) and a PhD in Modern Greek Literature (2003) from the Byzantine and Modern Greek Studies Department of King’s College, London University. He has published the monograph The Ghost Behind the Arras: transformations of the “political verse” in twentieth-century Greek poetry (Scholars’ Press, 2013), and co-edited a study on travel writing entitled A Ship Gleaming on the Horizon. Finnish traveller Oskar Emil Tudeer in Greece and Hisarlik (1881-1882) [in Greek] (Asini Publishing, 2017). He is Chairman of the Board of Trustees of the Public Central Historical Library of Corfu since 2015 and Director of the Laboratory for the Translation of Greek Literature of the Department of Foreign Languages, Translation and Interpreting since 2020.