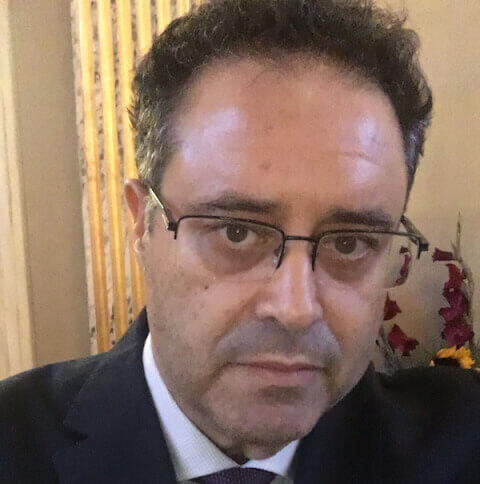 His research is focused on the institutional dimension of the International Economic Relations and International Economic Crime (e.g. money laundering, corruption, criminal threats to cultural heritage, etc). He served (from 2011 to 2015) as elected Vice Rector for Economic Management and Development of the Ionian University. In 2004 he was appointed by the Minister of Economics as Member of the Working Group “Non Tax Revenues–Money Laundering Proceeds” at the Greek Ministry of Economy for drafting the Greek Tax Law. 2016 he was appointed by the Minister of Finance as the co-head (WG National Vulnerability) of the National Risk Assessment Experts’ (NRA) Committee for the FATF Mutual Evaluation Report of Greece in collaboration with World Bank from December 2016 to April 2019). He is a lawyer, member of the Thessaloniki Bar since 1990 and of the German Bar Association (DAV) since 1996.

Since 2002 he teaches various law and economics courses at the Ionian University (D.F.L.T.I.) and lectured on Anti-Money Laundering policies at the Hellenic Banking Institute of the Hellenic Bank Association in Athens (2010-2014). Since 2004 he is academic member of the “Association of Certified Anti-Money Laundering Specialists” (ACAMS). Since 2009 he is a frequent invited speaker at the International Symposium of Economic Crime held annually at Jesus College, Cambridge University, UK. He has been lecturing on Economic Crimes/Money Laundering, Police Academy, School of National Security (1998-2005). He is expert contributor for the Chapter Greece of the LexisNexis Platform on Global Money Laundering and Terrorist Financing and author of books and numerous scientific articles.

* Description of the Subject

The International Economic Relations field focuses on the consequences of the economic interaction among countries. These interactions include trade in goods, services, assets, ideas, and macroeconomic spillover effects, as well as the effects of rules, regulations and policies like tariffs, trade quotas, controls on the international flow of capital and the exchange rate regime.  There are important consequences of these interactions including unemployment and inflation, the rise or fall of particular industries, and the outcomes for different categories of workers. These affect national welfare, economic stability, inequality and political movements, which in turn affect economic policymaking. The coursework in this field prepares students through the teaching of economic theory, political theory, statistics and various types of empirical analyses.

Combating International Economic Crime is in rapid development as states seek to catch up with criminal practices that are facilitated by economic globalization, by the diversity and territorial limitations of national market regulations and criminal laws, and by the opportunities offered by modern forms of electronic transactions. Coordinated international efforts to fight transnational business delinquency concern, first, the harmonization of the definition of economic crimes. Such harmonization is more advanced on the regional level, in particular in the European Union, than on the international level, where it essentially covers only money laundering and corrupt practices. Similarly, as regards cooperation in enforcement matters, international cooperation, though occurring in limited areas such as drug trafficking, remains in its infancy, however promising it may be. By contrast, on the regional level, the European Union has made considerable progress as regards judicial assistance, mutual recognition, and even joint enforcement by relying, on the one hand, on the conclusion of conventions between member states and, on the other, by implementing the opportunities for cooperation offered by the third pillar of the EU Treaty. More generally, the development of international criminal law is characterized by both increased reliance on binding agreements rather than on the soft law of recommendations made by international organizations and by better monitoring of the use and effectiveness of international instruments.

© 2023 Department of Foreign Languages, Translation & Interpreting - IONIAN UNIVERSITY
Developed by: Ionio Webteam
This website is using cookies to collect information about the usage of the website in an effort to meet the needs of the visitors and to improve its content.More