For this Translating Europe Workshop we invited academics and specialists in Translation and (digital) content creation who work at EU institutions or the public administration. They will present the methods and tools needed to make correct use of inclusive language in Greek.

Her main areas of research and publication are on Technical Translation, Specialized Translation and Risk Communication, Translation between major and minor languages, Interpreting, Phraseology Studies.

Dr Maria Tsigou is Assistant Professor at the Department of Foreign Languages, Translation and Interpreting at the Ionian University. She holds a BA in Classics from the National and Kapodistrian University of Athens (1988), and a PhD (Hons) in Language Studies - General Linguistics and Phonetics from Paris 5 - René Descartes Sorbonne University (2000).

She has also worked as an EU legislation analyst at the EU office of the Greek Ministry of Education, reviewing proposals and policy decisions (2003-2006). She was appointed as Greece's representative in the EU Committee for Multilingualism Policy (2004-2006), maintaining her interest to the good practice of teaching foreign languages.

Ifigeneia Kamtsidou is the Former President of the Hellenic National Centre for Public Administration & Local Government (EKDDA), the strategic institution for the development of the Greek state’s Human Resources. She studied Law at the Aristotle University of Thessaloniki (AUTH). She is a Master’s Degree holder in Public Law having specialized in “General Theory of Law” at the Law School of Paris X-Nanterre. She got her Phd in Constitutional Law from the same university (Paris X – Nanterre). She is an Associate Professor of Constitutional Law at the Law School of the AUTH, while she has taught at the Universities of Montpellier and Paris (France) and Messina (Italy). She has written in Constitutional Law, Fundamental Rights, Comparative Constitutional Law and General Theory of the State and Law.

Beatrice Savoldi is a PhD candidate in Linguistics at the University of Trento (Italy), where she received her MA in Languages and Literary Translation. Beatrice works on Gender Bias in the context of automatic translation technologies in collaboration with the MT research unit from Fondazione Bruno Kessler (FBK). Her research interests encompass corpus creation and annotation, the social impact of language technologies, and contrastive linguistics.

Mrs Hormova is a civil servant since 2010 and before her appointment as Secretary General for Demography and Family Policy and Gender Equality, she was Head of Office of the Deputy Minister of Digital Governance (2019-2021).

From 2014 to 2019 Mrs Hormova was Secretary General at the Municipality of Karpenisi. She was a Parliamentary Associate to a member of the Greek Parliament for five years (2002-2007), an associate to the Secretary General for Gender Equality during 2009 and an Assistant Curator in the Αshmolean Museum of Oxford in 1998.

Mrs Hormova speaks English and Italian and she has published studies and articles in scientific journals.

She is married and a mother of two.

Eri Dimopoulou holds a degree in Law and a degree in Communication and Media by the University of Athens. She completed postgraduate studies in Translation at the University of Malaga and has attended various seminars and courses on legal translation. Over the past ten years, she has been professionally active as a translator, including as a freelance translator for the Court of Justice of the European Union and the Translation Centre for the Bodies of the European Union (CdT), and has worked as a reviewer at the European Union Intellectual Property Office (EUIPO). She also has professional experience in creating and managing multilingual online content. Since 2020, she has been working as a translator at the Greek Unit of the Translation Service of the General Secretariat of the Council of the European Union. She is a member of the Inclusive Communication Network of the General Secretariat of the Council.

Sikelia Konstantakopoulou has studied Archaeology and Art History at the University of Athens and financial and legal Translation at the Institut français d’Athènes and the Goethe-Institute Athen. After working in archaeological excavations in Greece and France and a stint as a freelance translator in Greece, she moved to Brussels, where, since 1995, she has been working as a translator at the Greek Unit of the Translation Service of the General Secretariat of the Council of the EU. She has translated a wide array of texts, specialising in Justice and Home Affairs, and since 2018 she is a member of the Inclusive Communication Network of the General Secretariat of the Council. Living in a multicultural family and environment, she pays particular attention to inclusive and non-discriminatory communication and to issues of equality and equal opportunities for everyone. In her spare time, she is active in cultural associations in the city of Brussels.

Yannis Ikonomou was born in Heraklion, Crete. After completing his secondary education in Athens, he studied the classics majoring in Linguistics at Aristotle University in Thessaloniki. He then obtained a master’s degree at the Middle East Languages and Cultures Department (MELAC) of Columbia University, New York. The subject of his MA thesis was “The treatment of the genitive case by Indian grammarians”. He continued his studies in Historical Comparative Linguistics at Harvard University, specialising in the Indo-Iranian branch of Indo-European languages. From Harvard, he went to the University of Vienna to further his knowledge of Indo-European studies and he returned to Harvard to write his doctorate thesis on the literary edition of a Zoroastrian text, Yasht XVII, written in Avestan. He was subsequently granted a scholarship by the European Parliament to study Conference Interpretation at the University of La Laguna, in Tenerife. After that he worked for over six years as an interpreter at the European Parliament and the Commission (SCIC) and since 2002 he has been working as a translator at DGT, first in Luxembourg and then in Brussels. During his work at the EU institutions, he was sent by the Commission to universities in Stockholm, Warsaw, Gdansk, Budapest, Bucharest, Beijing, Shanghai and Taipei to study the respective languages. Learning languages is a passion that has defined his entire life.

Isabelle Marton is originally from Normandy, France. After graduating in Specialized Translation Studies from the ESIT Graduate School for Translation and Interpretation in Paris, she started her career in Siemens/KWU’s translation department in Germany. She joined the European institutions in 1991 where she first worked as a translator at the European Commission, then at the European Parliament in the French Translation Unit from 2005 to 2016.

Driven by her interest in quality issues, she then joined the Quality Coordination Unit, a central unit in charge of coordinating and monitoring the quality assurance system of the Directorate-General for Translation. In May 2021, she became Head of the Clear Language and Editing Unit in the newly created Directorate for Citizens' Language, whose aim is to promote clear language as the guiding principle of communication in a variety of formats – text, audio and video – and make the European Parliament more engaging and accessible to citizens.

Stella Kasdagli is the co-founder of Women On Top, a non-profit organisation in Greece for the professional development of women and for gender equality in the public sphere. Within just 8 years, Women on Top has managed to become the most experienced organization in Greece regarding women’s professional empowerment and, in 2020, it became the first non profit organization participating in the National Council for Gender Equality, while also taking part in key policy consultations with major stakeholders from state institutions and industry leaders. With a small team of just 3 people, WoT has managed to build and sustain a team of 450 volunteer mentors who completed 830 mentorship programs. It has provided training and learning opportunities to more than 1,200 women, to advance their skills and build confidence to pursue professional opportunities. It has also established strong and lasting relationships with more than 45 organizations, institutions, associations and companies and it remains rooted and relevant through ongoing research and development. Stella is also a published author, a translator, a book club co-founder and the facilitator of impactful workshops on professional development, gender issues and social change. She previously studied French Literature in Athens, Greece, and Media Studies in London, and has worked for 10+ years as a women’s magazine and online editor. She is the recipient of the Social Impact UK Alumni Award and she has published eight books for the empowerment of girls, women and teens. She lives in Athens with her husband and two daughters. 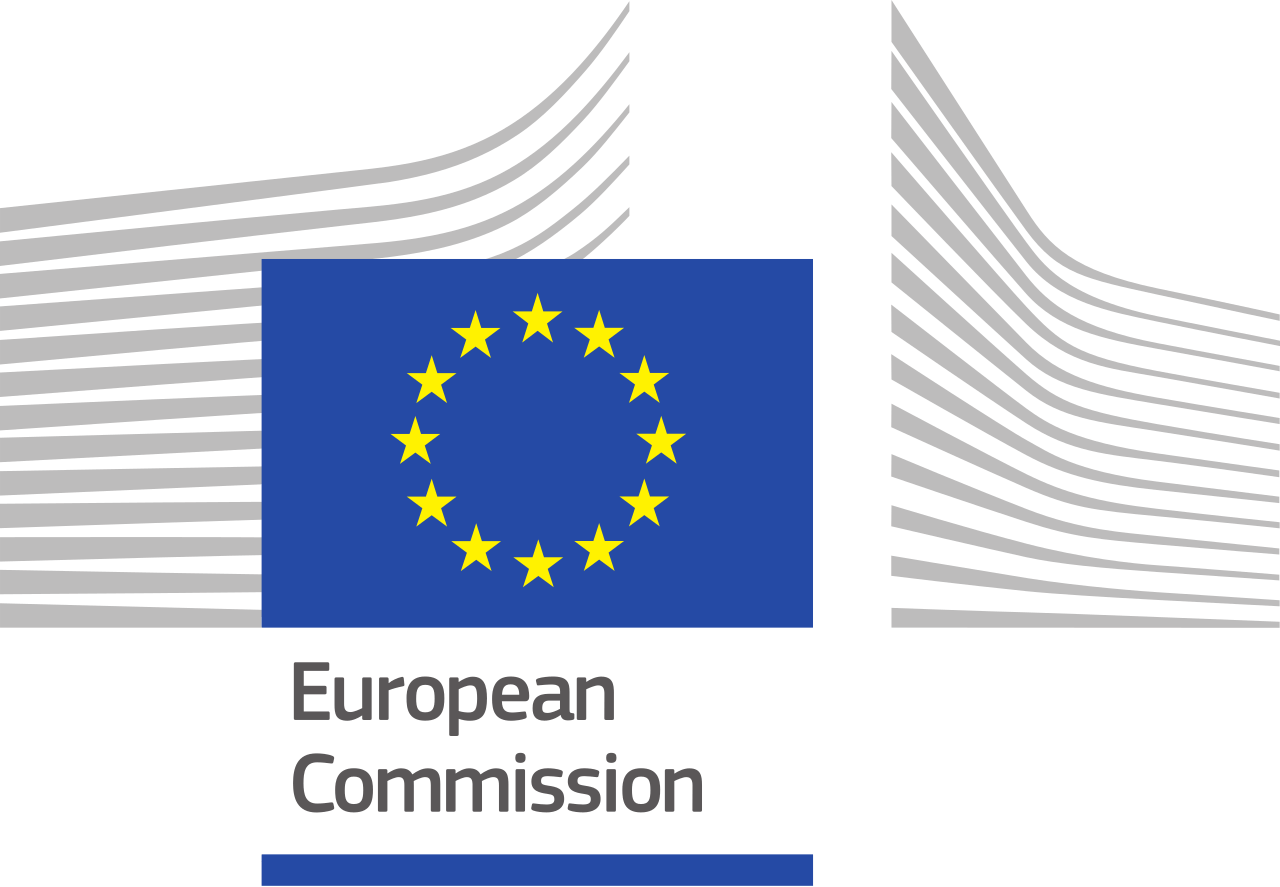 Representation of the European Commission in Greece 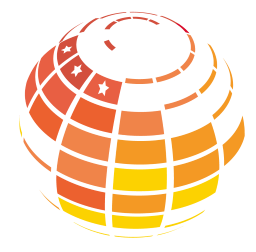 This website is using cookies to collect information about the usage of the website in an effort to meet the needs of the visitors and to improve its content.More